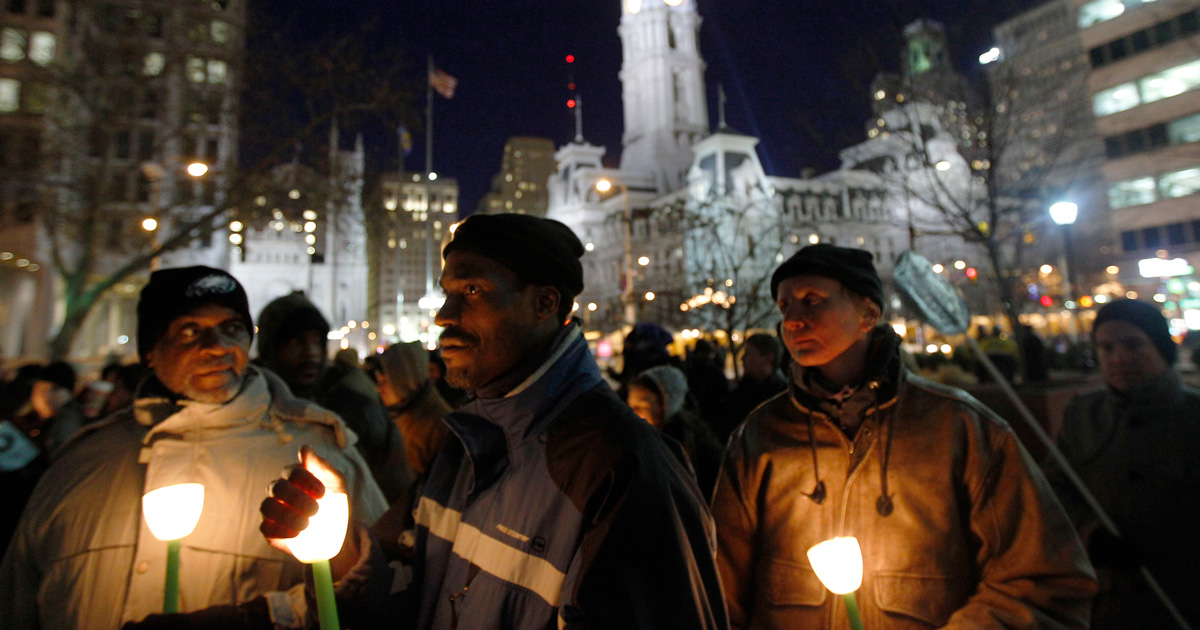 There is grief, everywhere. In a time when COVID brings such a feeling of loss, news reports and social media are full of death. Presumably, these appear because people read them, looking for some solidarity during a pandemic that is causing so much pain.

In recent days, three stories among the many stories of grief that have received national attention were about killings committed by people who were characterized as homeless or “appearing to be homeless.” Stories about “dangerous homeless people” and particularly “dangerous dark-skinned homeless people” are always part of this work, and there are three things I want to say about this.

First, I’m sad for the friends and family of the women who died in these terrible crimes. These women didn’t deserve to die this way.

Second, it’s wrong for these tragedies to be sensationalized by villainizing people who are homeless. People living on the streets without a home are far more likely to be victims of violent crime than they are to commit such crimes. From the findings in the first national survey on homeless people in the mid-1990s, to local reports from all over the country about homeless people being senselessly murdered and even targeted by serial killers, it’s one of the many things that makes homelessness so dangerous for the people experiencing it. While suffering in plain sight, and making many housed people feel uncomfortable, the vast majority of homeless people, including people with mental illness, aren’t hurting anyone.

So, third, we have to ask why stories like those from this week, so wildly out of keeping with what’s typical, continually get outsized national media attention. People know that these stories, no matter how out of the ordinary from what’s really happening in the world, will grip people’s attention, trigger an emotional response, and make them want to do something, so the stories get used.

Our society is increasingly divided by the politics of making people afraid. Politicians seek electoral advantage by spreading stories that stoke fear of people associated with their opponents. But viral news stories about the scary “other” isolate and segregate us from one another. We need to do what’s right in the face of fear, and be skeptical of anything that portrays entire categories of people as dangerous.

It’s easy to want someone to blame when things are bad, and particularly for people with more authoritarian mindsets to want to be told that there are certain people whom it’s okay to hate. Some politicians are happy to suggest such groups — the more powerless the better, since authoritarianism and cowardice go together. The historical consequences are grotesque. As those tendencies have become more present in the U.S. in recent years, it’s been a concern that homeless people would be singled out in this way. More violence against homeless people is a probable consequence. We need to do whatever’s necessary to prevent it.

The Safety of Housing

Homeless people, like everyone else, need safety, which mostly comes from having a home to live in. People with mental illness or substance use disorder need treatment, which is by far more effective if the people have housing. And every member of our communities needs to know that we are all safer when everyone has a stable place to call home. The humanity of everyone in the United States depends on our ability to make that happen.