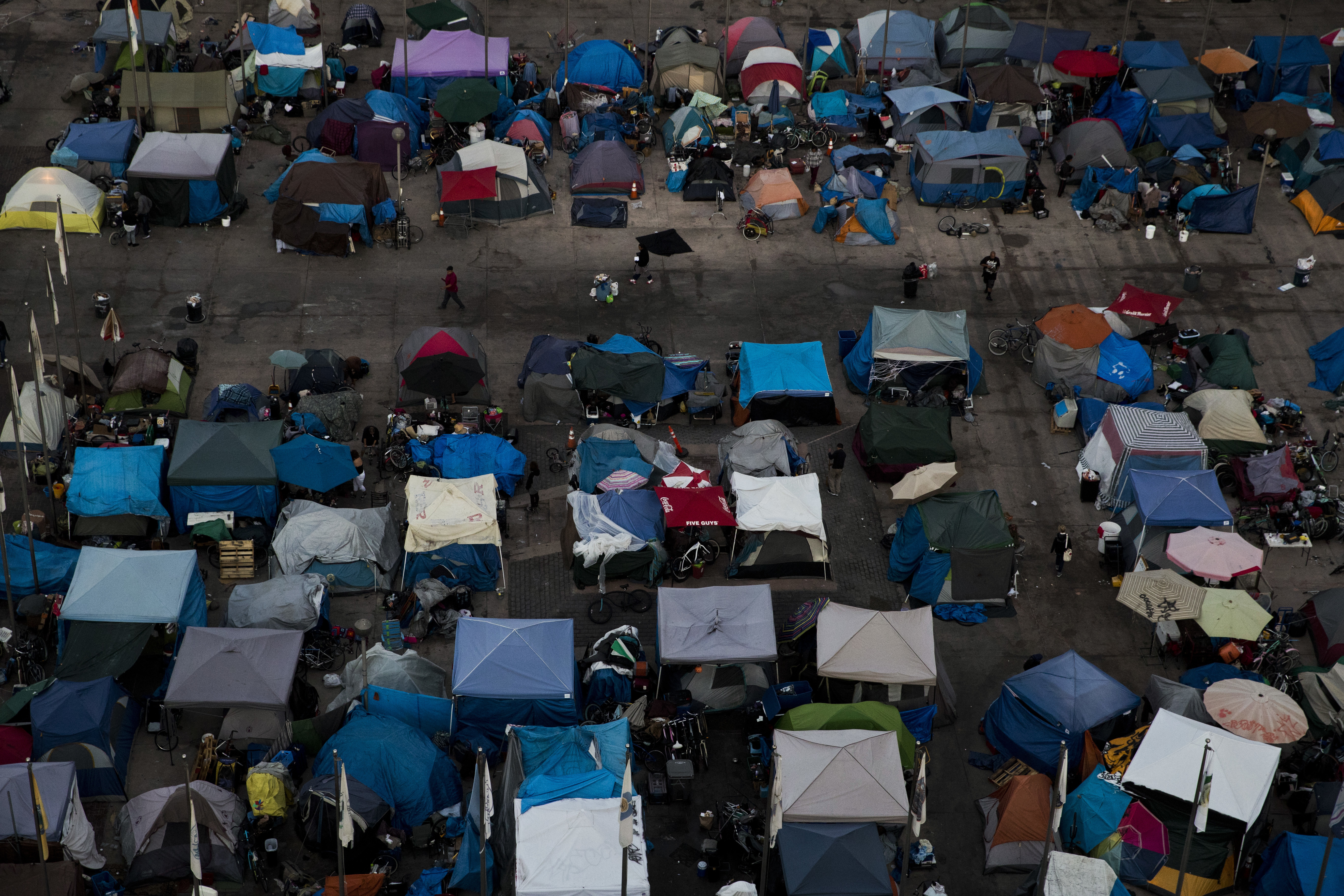 Can a city make it a criminal offense to sleep outside, if there are no shelters or other places for homeless people to sleep inside?

That’s the issue in City of Boise v. Martin, a case that the Supreme Court is considering taking. If it takes the case, it will decide whether a city can criminalize people for sleeping outside, even if there is no practical way for them to sleep inside.

The issue of criminalization is widespread among areas with high rates of homelessness, and includes laws such as forbidding loitering, or making it illegal to sit on a sidewalk. But when a person is unsheltered, where else are they supposed to go? Frustrated community members end up calling the police, resulting in tensions between people experiencing homelessness and the rest of the community.

Developing positive partnerships, not punitive ones, will be essential in ending homelessness; the entire community working together is a key ingredient to success. Criminalization, however, creates more conflict between local officials, the police, and homeless people. At worst, criminalization gives local politicians a way to try to dodge responsibility for homelessness by turning it over to the police. The police, who don’t have tools to solve the problem, often end up shuffling homeless people from place to place: at great expense to local taxpayers, while causing even more trauma to people experiencing homelessness.

Criminalization is not a homelessness strategy; it is a consequence of not having a strategy. It is a last-resort effort when local governments don’t know what else to do when it comes to homelessness response.

What the Supreme Court Decision Means

If the Supreme Court decides to take this case, it will have implications on how people experiencing homelessness are treated by law enforcement, government officials, and communities nationwide. The issue was already taken up in in the U.S. Court of Appeals for the 9th Circuit, which ruled that sleeping outside should not be a criminal offense if people have no other options. The brief for the respondents (a group of homeless and formerly homeless people in Boise), asking the Supreme Court to decline the case, was filed on Friday, October 25. The respondents pointed out that the lower court’s decision was narrowly limited to a specific set of facts, unlikely to create terrible impacts if all cities have to follow it. It is consistent with good policy and with other court decisions, so there is no good reason to take up the case.

Given that there is no deadline for the Supreme Court to take up the case, it may be a while before we see a preliminary decision on whether or not the case will be taken – which can take anywhere from a few weeks to several months.

If the Supreme Court declines, the ruling of the 9th Circuit will stand: sleeping outside when there is no place inside to sleep should not be a criminal offense. If it takes the case, there will be further briefs filed, arguments by lawyers, and finally a decision that will probably be announced early in 2021.

In the meantime, communities can work with homeless people to brainstorm solutions that work for everyone. There has obviously been a lot of concern expressed in communities with more people sleeping outside. People who are just now seeing the magnitude of the problem are calling for elected officials to “do something, anything.” The thing that actually works, though, is getting housing for people, which is no easy goal. Rising concern about unsheltered homelessness is a good thing; people should be concerned, outraged, and intolerant of excuses. The response should be to solve the problem – not to criminalize it.

To learn more about this case and the decisions that led up to it, click here for previous analysis.