Data from the 2019 Point-in-Time (PIT) Count reveals that homeless transgender and gender non-conforming individuals are more likely to be unsheltered than cisgender adults experiencing homelessness. 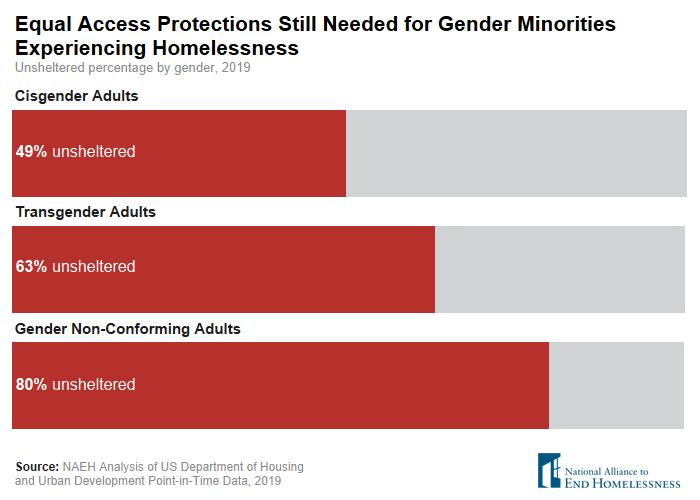 Why This Data Matters

A proposed update to the U.S. Department of Housing and Urban Development’s (HUD) Equal Access rule would roll back protections made in 2016 to prevent discrimination of trans individuals seeking shelter. The 2016 rule specified that transgender people using HUD-funded homeless shelters should be placed and accommodated in accordance with their gender identity. The proposed change would allow shelters to reject individuals based on what the shelter believes their sex to be.

More information about the rule is available here; it is open for public comment until September 22, 2020.

Read the Alliance’s statement on proposed changes to the Equal Access rule.