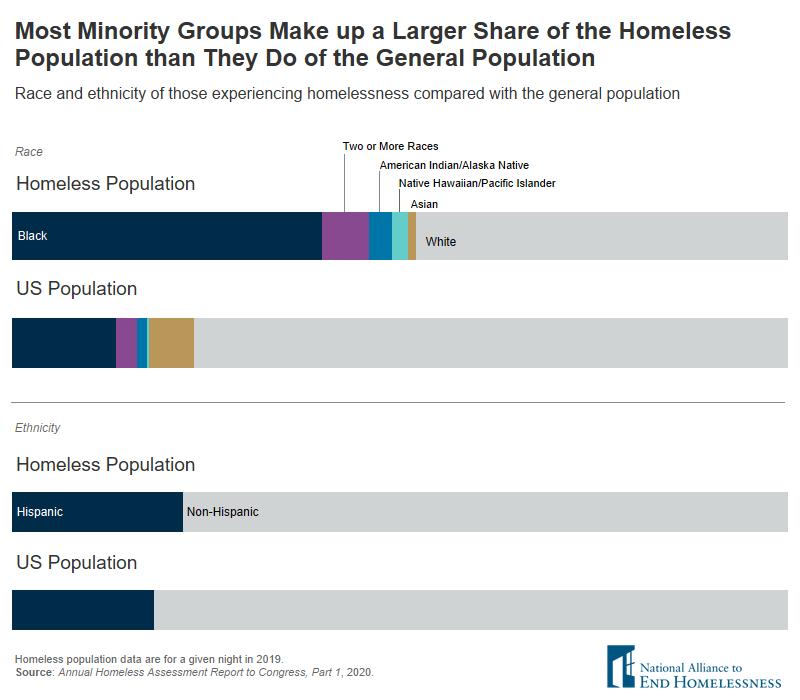 The rate at which most minority groups experience homelessness is far greater than that of Whites and Asians. Measured as the number of people experiencing homelessness on a given night per 10,000 people in the population, Native Hawaiians and Pacific Islanders have the highest rate of homelessness. American Indians/Alaska Natives have the second highest rate, followed by African Americans, people who identify as two or more races, and Hispanics. Racial and ethnic disparities in homelessness are not improving significantly over time. African Americans currently make up the largest share of all people who access shelter over the course of a given year, and their share has increased in recent years, while the share for Whites has declined. Racial Disparities in Homelessness in the United States