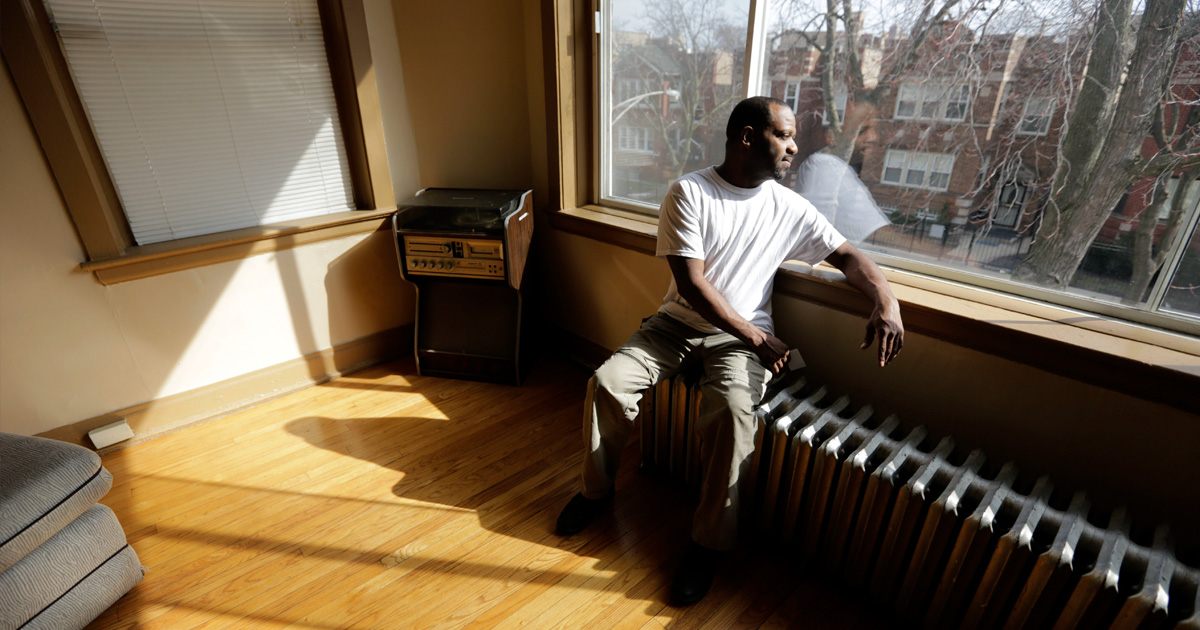 The most striking disparity can be found among African Americans, who represent 13 percent of the general population but account for 39 percent of people experiencing homelessness and more than 50 percent of homeless families with children. This imbalance has not improved over time. What Are the Causes?

From slavery to segregation, African Americans have been systemically denied rights and socioeconomic opportunities. Other minority groups, including Indigenous and Latinx people, share similar histories. The disproportionality in homelessness is a by-product of systemic inequity: the lingering effects of racism continue to perpetuate disparities in critical areas that impact rates of homelessness.

Poverty, and particularly deep poverty, is a strong predictor of homelessness. Black and Latinx groups are overrepresented in poverty relative to their representation in the overall population, and are most likely to live in deep poverty, with rates of 10.8% and 7.6% percent, respectively. [1] Redlining – systemic housing discrimination supported by the federal government decades ago –  is a root cause of the current wealth gap between White households and households of color. Redlining discouraged economic investment, such as mortgage and business loans, in Black and Brown neighborhoods.

The effects are still with us today: African Americans still live disproportionately in concentrated poverty[2] or in neighborhoods where they are regularly exposed to environmental toxins, and have limited access to quality care, services, nutritious food and economic opportunities. People that become homeless are likely to have lived in these types of neighborhoods.

For most minority groups, the transition to neighborhoods with less crime, no environmental hazards, and close proximity to services, are often met with challenges. A study by the U.S Department of Housing and Urban Development (HUD)[3] on racial discrimination found that people of color were often shown fewer rental units and denied more leases in comparison to White people. White people, on the other hand, were frequently offered lower rents. Deposits and other move-in costs were also quoted as “negotiable,” making it easier for White people to secure units.

The racial disparity in incarceration rates has continuously worsened. The rate for African Americans has tripled between 1968 and 2016 and is more than six times the rate of White incarceration.[4] These racial disparities are no accident. Black and Brown people are at far greater risk of being targeted, profiled and arrested for minor offenses, especially in high poverty areas.

The implications of overcriminalization are far-reaching: A criminal history can keep people from successfully passing background checks to secure both housing and employment. People exiting jails and prisons often face significant problems in accessing safe and affordable housing and their rate of homelessness is high.

People of color are far more likely to lack health insurance than White people, especially in states without Medicaid expansion. Even with expansion, overall about 30 million people are uninsured, with about half of them being people of color.

The lack of health insurance for people with chronic medical conditions and/or untreated serious mental illness can place them at risk of becoming homeless or being precariously housed. For example, people with mental health disabilities are vastly overrepresented in the population of people who experience homelessness. Of the more than 550,000 people in America who experienced homelessness on a given night in 2017, 1 in 5 had a behavioral health issue. While the rate of serious mental illness may not vary by race, studies show African Americans have more difficulty accessing treatment.

Any effort to end homelessness in the United States must address the range of issues that have resulted from racial inequity. This includes assuring affordable, stable housing for all. Systems, programs, and individuals that serve people experiencing homelessness should monitor their outcomes in order to eliminate disparities in the way that they provide services.

A Governor’s Guide to the Criminal Justice System